It's About More Than Money

For Crimson Seed Capital, investing in a startup is not just a financial decision. It’s a decision about people. We invest more in the entrepreneur than in the big idea. We feel the right leader will figure out how to make the idea work. So, when CSC invests, we want to stay close to each entrepreneur and help him/her build the business. This isn’t always possible (a few of CSC’s investments are off-shore or far away), but we stand ready to coach and advise and support portfolio entrepreneurs in their roles as leaders. While we always want our investments to make lots of money for everyone, the excitement and satisfaction is as much in the journey as it is in the destination.﻿

Stay informed of new opportunities in the market and developments at our firm.

Recommend this page on: 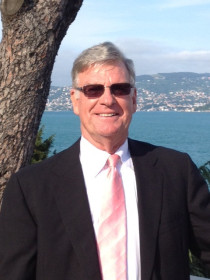 As one of the country’s top leadership experts, Bob Stringer has had successful careers as a venture capitalist, consultant, board member, university lecturer, angel investor and author of seminal books and articles. Currently, Bob is the Founder & Managing Partner of Crimson Seed Capital, where, as an angel investor, he works with a portfolio of over 30 early-stage companies in the technology, health and wellness, and consumer goods industries.

With a career in organizational consulting and strategy that spanned 40 years, Bob worked alongside executives from a wide range of global corporations, including PepsiCo, Imperial Chemical, MMC, Goldman Sachs, Scholastic, International Paper, CitiGroup, Bank of America, Xerox, General Mills, and Lion Nathan. In 1967, with George Litwin, he created the concept of organizational climate, culminating in the McKinsey award-winning book, Motivation and Organizational Climate (1968). In 1986 he founded his own consulting firm, Sherbrooke Associates, which he operated successfully until its sale to Mercer Delta/Oliver Wyman.  His expertise in leadership led him to a number of assignments with early-stage companies, where effective management teams were critical to success.  He then became Founding General Partner of Sherbrooke Capital, LLC, a $100 million venture capital firm based in Boston.  In 2005, he left venture capital to found Crimson Seed Capital and take advantage of the opportunity to work more closely with earlier stage companies and their founding entrepreneurs. Bob has particular interest in supporting and investing in women entrepreneurs.

Bob has served on the board of directors of public companies Barnstable Water and the Penn-Pacific Corporation, and is now a board member of seven private firms. He has taught on the faculties of the Harvard Business School and Babson College.

In addition to Motivation and Organizational Climate, Bob has written 4 other books: Men in Management with J.B. Kassarjian (1970), Strategy Traps and How to Avoid Them with Joel Uchenick (1986), and Leadership and Organizational Climate (2002). He is currently publishing Culture.com: How the Best Startups Make it Happen. In additional to teaching, writing, and venture investing, Bob serves on the boards of several not-for-profit organizations, including The Pine Street Inn, the largest homeless shelter in New England.

Bob received a bachelor’s degree with honors from Harvard College, and an M.B.A. degree with distinction from the Harvard Business School. He has two children, two grandsons, and he lives in Boston.